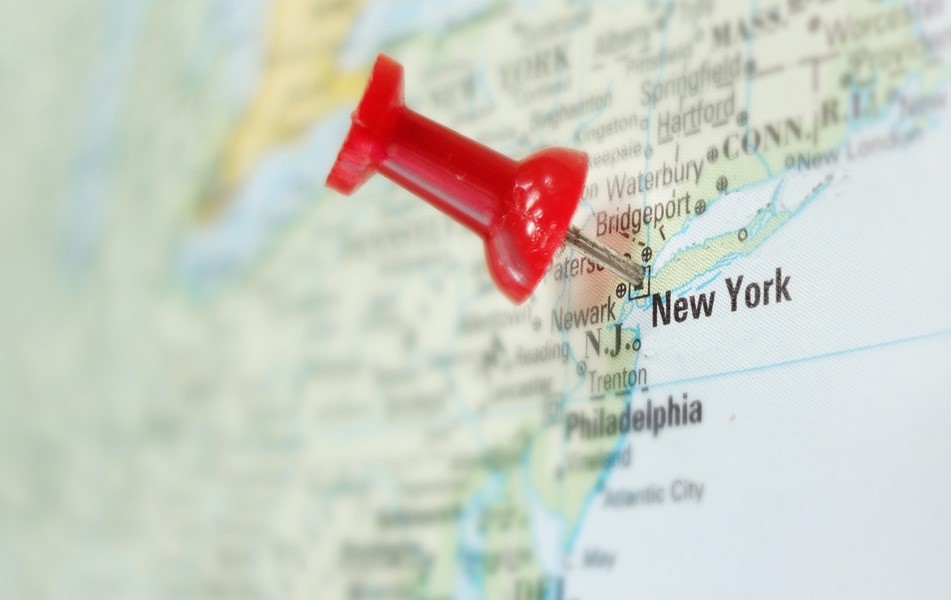 From distracted driving to health concerns, New York has plenty of insurance-based hills to climb. Here’s what they are and how they’re being handled.

As 2019 ended, New York was making headlines on the insurance map. Revolutionary steps were taken toward tackling the health insurance gap in New York City while dangerous driving habits continued to run their destructive course statewide. Meanwhile, Mother Nature is becoming an increasing menace to the state as New Yorkers face the very real possibility of higher insurance rates and the necessity of flood insurance.

The dangers of distracted driving

Distracted driving—also referred to as driver inattention—is still a major problem for New Yorkers. The prevalence of distracted driving is the leading factor in New York State crashes, and one of the factors placing New York auto coverage among the top 10 priciest in the country.

The problem is also serious nationwide. Data from The Zebra’s State of Auto Insurance report revealed that between 2011 and 2018, the average annual insurance premium adjustment for a distracted driving conviction in the United States rose from less than $3 to $290—an increase of 9,750%. From 2011 to 2016, there was also a 918 percent increase in tickets for texting while driving in New York State.

In 2016, New York Senator Terrence Murphy introduced legislation known as “Evan’s Law” in hopes of reducing accidents and deaths in the state due to distracted driving. Former Senator Murphy’s Bill S6325A is still in Senate Committee and mired by public fears that the means of imposing the bill—accessing the cell phones of anyone suspecting to have been texting prior to an accident—would represent an unacceptable invasion of New Yorkers’ privacy.

New York did ban cell phone use while driving in 2001 and made it a primary offense in 2011. It remains to be seen what further steps may be taken to tackle distracted driving in 2020.

May 2019 saw the launch of the NYC Care Program, a healthcare program designed to help the estimated 600,000 people in the city who lack health insurance. Around half of that number have no coverage due to their immigration status, but all participants will be by distributed NYC Care cards. Although it’s a direct care program and not insurance, cardholders will gain pharmacy services, access to their own physician, and either free treatment or affordable co-pays.

It may well set a healthcare precedent for the state and possibly even the nation, but the program has come under fire for being an economically impractical approach to the ongoing problem of the medically uninsured. Some proponents claim that the preventative nature of much of the care could lower the region’s medical costs, however, and eventually have an impact on lowering insurance rates—but that remains to be seen.

Already active in the Bronx, the Care program will roll out across more of the city in 2020.

Governor Andrew Cuomo drew widespread criticism in 2018 when he proposed a so-called “windfall tax” on NY state health insurers. The proposal was ultimately defeated, but another one—a tax on non-profit health insurers converting to for-profit—succeeded.

In 2019, Cuomo revealed a plan to impose a 14 percent surcharge on the net profits of private health insurers in the state. The change is designed to bring in $2 billion in revenue through 2022, but some  critics claim that it’s bad news for both NY insurers and policy holders, as the cost of private insurance will be driven up.

Tornadoes. Flooding. Blizzards. High winds. Intense heatwaves. All these have the potential to impact New York with greater frequency in the future.

Weather extremes mean higher insurance premiums, and meteorological experts say there’s only harder weather to come. 2019 saw a weather event surpassing the $1 billion mark in damages which affected our state, with 12 other such events battering New York between 2015 and 2018. New York was the first major U.S. city to declare a state of climate emergency in 2019.

Perhaps the most pressing of all these elemental risks is flooding. New Yorkers—and particularly those in NYC—must seriously consider adding flood insurance to their coverage strategy if they hope to bounce back from an increasingly common event. A policy can be an expensive proposition, however.

New York currently has 431,000 people at risk of coastal flooding with that number set to rise to 659,000 in the next three decades. StatesAtRisk.org offers some sobering resources for New Yorkers to assess the scale of the problem. It’s reasonable to expect two things in the near future:

First, the greater prevalence of hard weather will lead to more New Yorkers making damage claims and lead to higher home, auto, and business insurance rates. Second, and most concerningly, insurers may pull out of some areas of New York altogether if those zones become too much of environmental liability.

The insurance sector is always changing, and we’re sure New York’s coverage scene will continue to make headlines in 2020. Whatever changes take place, the NICRIS team will be here to help answer your questions and find the best coverage to suit your needs.

NICRIS Insurance focuses on providing clients with the appropriate suite of products to protect them, their interests, and their loved ones. If you need insurance advice or would like a free, personalized insurance review just drop us a line.