How Protecting Your Home Can Lower Insurance Rates 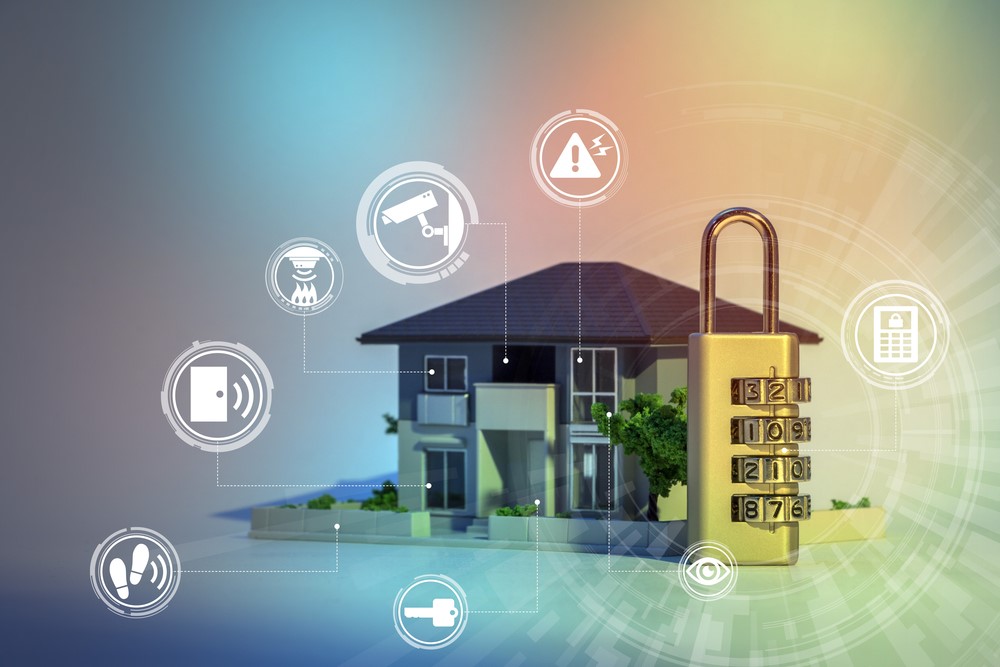 The more steps you take to secure your home, the more favorably you’ll be looked upon by your insurer. Learn the common ways to guard your property and boost the chance of a reduction.

Security is a differentiator when it comes to home insurance. Premiums are in large part calculated based on the risk factors attached to the policy holder’s location, so the numbers can vary widely. One thing that’s universal is that the stronger the security, the safer the home. Taking every possible precaution to prevent theft or damage can positively impact premiums regardless of the address.

Average New York homeowners insurance currently costs around $105 a month. Security savings will vary between providers, but putting extra security measures in place can lower premiums by as much as 25 percent. Here are some ways to do it.

It’s common sense to never leave doors and windows unlocked but homeowners can also go the extra mile for enhanced security. Many criminals aren’t easily deterred and will gain access with ease when faced with standard locks. Modern locks have come a long way, however, and there are plenty of retailers offering stronger security solutions. Homeowners should weigh up the options for reinforced doors and windows as a smart move.

Security site Safewise.com reminds us that homes without security systems are three times more likely to fall prey to burglars (they also selected their Top 10 home security providers). The presence of a security system does more than making a criminal think twice; it can make insurers reconsider premium rates by as much as 15 to 20 percent.

There’s a hybrid of security cameras and locks available in the form of smart locks and video doorbells. These can be remotely viewed and controlled, allowing homeowners to check up on their property no matter where they are. Any unusual activity can be caught and reported to police, even if the home being targeted is empty.

Alarms may cause enough noise to wake up the neighbors. They can also protect them as much as the homeowner who installed it. The knock-on effect of scaring off burglars can positively impact surrounding properties since criminals have been spooked in that area. Lower crime rates in an area mean lower premiums so, arguably, the more homeowners with burglar alarms, the better.

The most recent data records an average of 355,400 home fires every year causing an estimated $6.5 billion in damage. That’s a massive figure for a very common event—so a fire alarm should be among the most basic “home security” measures installed, and these alarms can integrate with smart home systems (including security systems) to notify owners if one happens when they aren’t home.

The jury is out on just how much impact lighting has on home security. Many burglaries occur in broad daylight with most occurring between midday and 4pm, with only 17 percent under cover of darkness (10 pm to 6 am). But the latter percentage means there’s still plenty of reason to install bright lighting above doors and windows and on driveways.

Anything which increases the chance of discouraging crime also has a hope of reducing insurance premiums. Smart lighting adds an extra layer of prevention by either turning on at preset intervals or being triggered by motion.

There’s always one of the oldest forms of security as a further option; a decent recommendation, since it comes from the criminals themselves: a dog, which some burglars view as better home guardians than technology. The bigger and larger the pet, the greater security impact it will have.

Homeowners with pets should bear one important fact in mind, however. There’s no “doggy discount” that will lower your insurance premiums.

Watch out for weather

Securing your home against the weather is an often-overlooked precaution. High winds, airborne debris, and flooding can all find their way over a threshold. Sturdy as your home may seem, the elements will always be stronger.

Homes located in high-risk areas such as flood, earthquake, and hurricane zones are likely already paying a higher premium rate. Potential future expenses can be mitigated by looking into things like flood insurance which must be bought as a separate coverage. Homeowners should also bear in mind that 25 percent of flood-related claims come from people in low-risk, not high-risk, zones.

Impact-resistant glass (also an effective deterrent against burglars), storm roll shutters, and new roofing are good ways to protect from high-wind weather and its debris. These can be expensive options but could potentially secure your home against thousands of dollars in damage and claims. And they may snag you an insurance discount.

For more advice on staying safe and minimizing your premiums, get in touch with us at the links below for solutions tailored directly for you.

NICRIS Insurance provides a free, personalized review to look at your unique needs, or you can connect with us by dropping us a line!